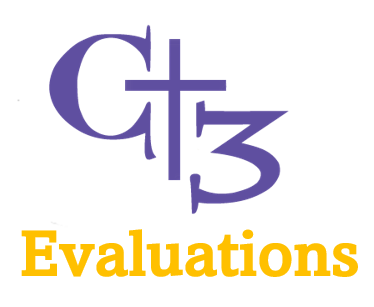 Okay, let’s talk about what the Fed is doing before we get into this week’s report. Jerome Powell and the Fed is looking to begin Quantitative Tightening (QT) measures. QT is of course the opposite of Quantitative Easing (QE)…QT means the Fed/Central Bank is trying to reduce the liquidity in the financial markets by selling off assets on its balance sheet into the market thus requiring the market to sell other assets (Things like stocks, ETFs and Cryptos) to buy the new assets (Bonds and Mortgage-Backed Securities). QT is typically used by central banks when inflation is out of control and commodity prices are soaring (Think: sky high Oil and Meat prices). Simplistic definitions for both QT and QE are below, but basically to combat inflation the Fed is going to torpedo the stock market and the recovery will most likely not be quick.

QE – Central Banks purchase long-term securities from the market to flood the economy with money with the purpose of encouraging lending and investing. QE is monetary policy that encourages Investing and Lending.

QT (What is going on now) – Central Bank sells off securities (bonds and mortgage-backed securities) on its balance sheet with the hope that people will buy up those long-term securities and investing and spending will go down because the people’s money will be tied up in long-term assets. QT is monetary policy that discourages Investing and Lending.

One more quick note, C3 believes that Stock investing is one of the hardest ways to be a moral investor. The most moral investments you can make are starting a business or partnering with someone in their business. Just have to say our peace.

Apple (AAPL) – Supporter of CAP (Liberal Think tank supporting Abortion, Religious Liberty and RFRA Laws), Supporter of the Equality Act, Perfect Score on the HRC which is pro-abortion and LGBTQ Legislation, corporate partner of the National Gay & Lesbian Chamber of Commerce, Against the right for Concealed Carry.

AAPL got passed as the world’s most valuable company in the world by Saudiamerico just a few weeks ago and this presents a buying opportunity, or so some investors think. AAPL is still king of the cellphone business, and they keep innovating like there is no tomorrow. All this coupled with AAPL taking and increasing a dominant position in emerging markets has analysts excited.

The release of Obi-Wan Kenobi series broke records with Disney+ and with so much original legacy content in the pipeline, investors are understandably excited about DIS stock. Plus, DIS is catching up to streaming giant Netflix in subscribers. DIS has some mixed financials but the sentiment around the water cooler is that it is a solid financial purchase for the long-term.

Zoom (ZM) – Founder signed a letter in support of abortion, A partner of Don’t Ban Equality,

The Video conferencing company that was the pandemic darling may be making a comeback. ZM is already profitable which is a big deal for a high-growth software company and satisfaction is through the roof among users. Even after the brunt of the Pandemic, people are still all about zoom meetings and working remotely. This pandemic darling is now a seemingly solid long-term hold.

ETFs are the safest way to go for long-term investors, everyone knows it. However, in the world of Christian Investing, ‘Safe’ is usually a synonym for ‘Immoral’ (Not always but about 90% of the time this is the case). This rule of thumb is very true for this popular ETF that people are finding financial shelter in.

A consumer goods staple is usually a safer bet in recession times. KHC has done a good job pivoting with consumer trends and it seems that shoppers are still buying the Kraft Mac’N Cheese over the store brand. Earnings are expected to double over the next few years and with grocery stores able to finally start stocking up their shelves in certain areas of the country it would seem that the future is bright for KHC.

NRG Energy, Inc. (NRG) – Partnered with March of Dimes, in support of the Pro-Life movement. Despite supporting climate alarmism via the backing of the Paris Climate Agreement, NRG is pretty good.

NRG is the all-in-one energy company. They are selling, producing, and distributing energy products and services. NRG is in the Lonestar state, and their energy demand is predicted to be the fastest in the nation over the next ten years.

This Global biotechnology company is a giant in the world of pharmaceuticals. The focuses of VRTX are on cystic fibrosis and viral infections as well as multiple sclerosis and autoimmune diseases (I know that is a lot of focuses, but with an almost $70B market cap you have to have your hand in a few different pots). VRTX does a good job discovering drugs in house and has a lot of life left on its major patents, so productivity and profitability look good for the future.

Okay, not a lot of great moral options in this report, and even though C3 does not try to be all doom and gloom we also do not want to sugar coat anything. It is very hard to be an investor right now and if you are trying to be a Christian investor, well, that task is nearly impossible. One positive note…One of the more moral investments you can make, is in Gold and Silver or Blue Chip Cryptos (ETH & BTC). Gold and Silver are probably going to keep trending up especially for the long-term with all this inflation going on and even though ETH and BTC have taken major hits in their price over the last few months, the buying opportunity is tough to pass up if you have the cash. But wait, I just said these are more moral options…why is that? Well…precious metals and Cryptos are currency replacements and not actually companies. Buying BTC or Gold just means you would rather hold them over cash. Replacing one currency with one that you trust more presents no moral dilemma and depending on the view you hold of your government that maintains your fiat currency then buying metals or cryptos may even be the more moral choice. Now, of course intent is everything and if you are just buying ETH to sit on it and turn a profit so you can buy a nice car, that is probably not the way to go. However, if you are buying Gold because you think the USD is going to tank and you want to be able to provide for your family in dark times, then what is more moral than the virtue of prudence being used to care for your family? Remember intent is everything!

As always please spend time in prayer with our Lord Jesus Christ and speak with friends and family before making any major financial decisions.