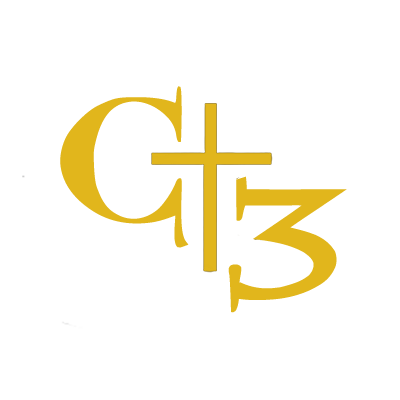 Hello everyone, we are back at it again with another curation report of the hottest assets being talked about among major market players. If you are new to C3…Welcome!! Also, the curation reports like this one below are C3’s bread and butter. C3 compiles a list of top assets being talked about and recommended by the powers at be (Influencers, firms, traders, and all the like) and then we put those assets through are Ethical Screening Tests to find out which of these financial darlings are aligned with, or opposed to, Christian Values.

It goes without saying that just about every report could include assets like Apple, Microsoft, and Tesla. They are some of the highest volume assets out there and given the current market conditions a lot of people think these stocks can be bought at a favorable discount right now.

C3 is content is free, but it is not free to make and promote. If you believe in our mission please consider making a financial pledge of support. We NEED to spread the message of moral investing!

Series I Savings Bonds – These Bonds are the talk of the town right now. You can invest up to $10K for each member of your household into these bonds and the current guaranteed interest rates are 9.62% (At the time of this posting). Given the ridiculous conditions in the market right now you can probably guess why these bonds are the topic of conversation for so many savvy investors. Bonds are a tricky thing to evaluate on a moral level. It really all depends on who is running the government at the given time. Though most funds that the government acquires from bonds is used on infrastructure spending. Given the current state of US infrastructure it would be tough to make a case against spending money on updates.

BSV Short Term Bond – This is a Vanguard product and here at C3 we are not big fans of what Vanguard usually puts out from a moral standpoint, but this Short-Term Bond ETF seems to not be as nefarious as other Vanguard products because it is just bonds (Gov. & Corporate). This ETF is down over 6% from its 52-week high and some think it is a safe bet right now with the way inflation is going.

GILD is a BioPHarma Company that focuses on HIV. GILD offers a lot of antiviral products, and it has a lot of confidence from institutional investors. Unfortunately, with all that GILD does with LGBT Legislation and philanthropy it did not pass the C3 Ethical screening Process. However, C3 does acknowledge that GILD does some great and needed work in their field.

NEM is a top tier Gold Producer that has made it into C3’s curations report before. With Gold predicted to maintain the $1,800 price per ounce level and NEM predicted to have positive cash flows as long as gold stays above $1,200/OZ you can begin to see why investors like NEW as a long-term asset. NEM also acquired Goldcorp at a steal and gold is the time-tested hedge against inflation…the reasons analysts are talking about NEM are strong.

Consolidated Edison (ED) – One of the Largest Investor-owned Energy Companies in the US. ED passed the C3 screening process as most companies do who just focus on their business and meet true needs of society. Ed is Electric, Steam and Gas delivery company that just has a solid business and is more or less inflation proof.

Amgen Inc. (AMGN) – National LGBT Chamber of Commerce Member, Pride Parade Sponsor (Tampa). Human Therapeutics is the name of the game and AMGN is good at that game. Recent improvements to their manufacturing process coupled with a potential new line of drugs has some bullish on AMGN.

The Southern Company (SO) – National LGBT Chamber of Commerce Member. Selling Electricity is what SO does and when the new nuclear units are finished, SO will be able to really capitalize on some strong cash flow. SO is also on the good side of government regulatory agencies which help its cause tremendously.

Edwards Lifesciences Corp (EW) – United Way and Red Cross Donations United Way supports Abortion and Common Core education in certain areas and Red Cross supports Abortion and Sanctuary Cities in certain areas). Both Red Cross and united Way do a lot of good despite the bad and C3 tries to stay out of the business of attributing intent where we cannot make a clear case. Perhaps the donations from EW to the Red Cross went straight to disaster relief and the same with the United Way donations. Also, EW just does great work in the heart disease and Critical care spaces. Something that is always needed. It is a bit morbid, but EW is predicted to do well into the future thanks to an aging population whose mean age is not getting any younger.

Hasbro (HAS) – $200K to United Way RI that Funds Planned Parenthood. Everyone seems to be bullish on this toy manufacturer and it is because of film-tie ins and over $1.6B being paid in Dividends over the last 5 years. Toy demand is high for kids who watch way too much TV.

AutoZone Inc. (AZO) – Direct contributor to Planned Parenthood (2018), Partner of Tennessee Thrives (Advocate against Religious Liberties/exemptions). AZO is the long-standing champ in the DIY Auto parts space and it doesn’t look like analysts are afraid of any potential competition. Even Amazon has not made certain analysts falter in their long-term bullishness of AZO. Too bad they are a direct donor to a baby murdering corporation.

**Please keep in mind that the above analysis are the opinions of a lay people and are not any kind of official church teaching or anything like that. C3 is just a group of Christians that have some financial wherewithal and genuinely believe that the way we invest matters!!**

As always please spend time in prayer with our Lord Jesus Christ and speak with friends and family before making any major financial decisions.