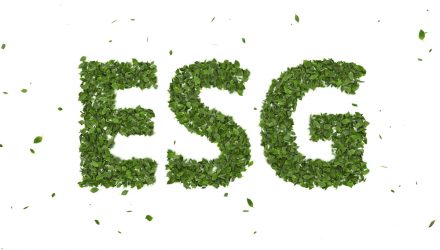 Is ESG a Bunch of Crap?

The popular videos from PragerU are always at the center of some controversy, even though their content is typically grounded in common sense or facts. However, the approach that PragerU takes in the above video concerning ESG is problematic.

But first, let us discuss where C3 and PragerU agree. Both PragerU and C3 would agree that ESG initiatives and website pages are often a phony virtue signal from a corporation just trying to please the mob. C3 would also agree with PragerU that the things ESG focuses on like Climate Hysteria and Systemic Racism are non-issues when facts, statistics and science are looked at in the right context.
There is a lot more in this short video that C3 could really get behind, but the one thing that is problematic is an underlying tone of the video that suggest all moral investing is bad because it negatively affects the capitalist machine. Without a doubt, moral investing could negatively affect the riches capitalism produces when unchecked, but we cannot have our cake and eat it too (I hate that expression, but it communicates this point adequately). Capitalism is the best system by far that the world has ever produced, but it is by no means perfect. unchecked Capitalism that does not adhere to any form of morality produces obscene amounts of riches but also comes with predictable corruption and a morally depraved materialistic philosophy.

C3 does believe that ESG is usually a tool to virtue signal for corporations and people who are more concerned with social media praise than they are with doing the Moral Good. However, this does not mean that the idea of moral investing should be completely done away with. IF you are a God-Fearing man or woman than moral investing should be your only option regardless of whether it affects the bottom line or hurts the economy. Besides, if Amazon started supporting Christian Values tomorrow and got rid of some of their obscene content and stopped supporting the organizations that are opposed to Christianity, what negative effect would this have on the economy? Extraordinarily little, it could even improve the economy. If bigger corporations embraced the Christian Ideal, we would hope there would be more charitable giving, less corruption, less government lobbying and more liberty in the market because of a respect for competition. This is of course fantasy talk, but the point remains, we cannot dismiss the idea of proper moral investing because profits may be diminished. Would you rather 5% more return ever year in your portfolio or would you rather lose 5% and only support companies who do not fund abortion? The numbers are completely made up in this hypothetical, but it is a question that will help you find where your values lie.

One last thing, C3 is a huge fan of PragerU, and their content and we are sure PragerU would agree with us if a conversation were had, but this video served as a good example for the point we are trying to make in this short post.

This video by Logical Finance does a deep dive into the practicality of ESG initiatives and investments and whether they work. The gentleman in the video does an excellent job in answering the questions of do ESG funds really do what they are intended to do? Do companies adhere to their own guidelines? Is all this just lip service and virtue signaling? The answers are unfortunately predictable.

If you are concerned with investing into ESG for the reason of combatting Environmental or Social issues, then the best advice C3 can give you is do your research and do it well and often. Many companies who advertise and promote ESG responsibility are just blowing out hot air.

With all this said, C3 wants to make something clear. C3 may not engage in a lot of the climate hysteria out there but we do recognize the problems that pollution and excessive amounts of consumerism cause. C3 also acknowledges that racism does exist, and it is appalling. Yet, C3 chooses to set its sights on more pressing and prevalent issues facing society such as Abortion, Transgender Ideology, Crit Race Theory, Broken Families, True Poverty, Communist influences, and a plethora of other topics that cause true moral harm and corrupt souls. At least this is what we try to stay focused on, we do fail miserably from time to time.