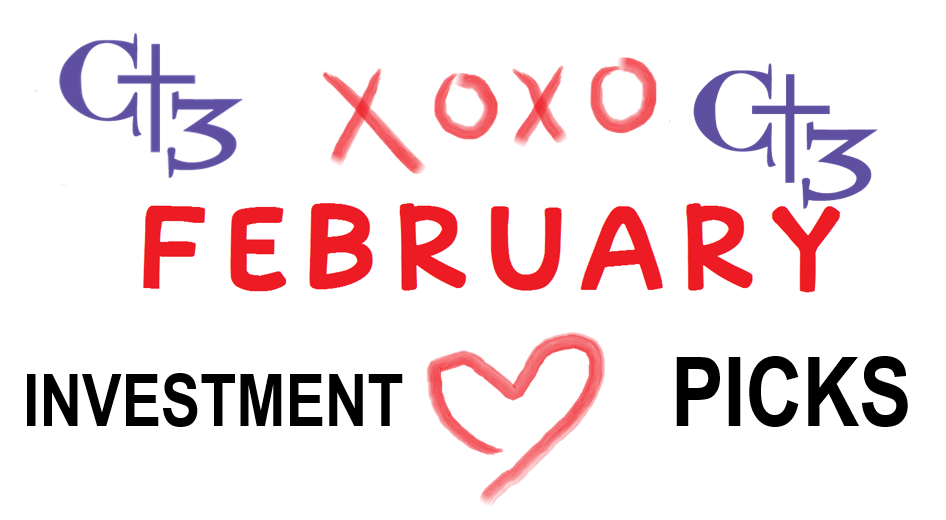 The market is struggling right now for a bunch of different reasons. The Fed announcing rate hikes, inflation predicted to be at least 3% for the year (C3’s bet is it will be higher), and China making all crypto illegal has the market in a downward spiral. However, for those of you who are savvy investors and know to play the long game, this could be a great opportunity. Below C3 has some picks that either have financial potential, are at great buying price points and/or could be a hedge against further slides in the market. We have also included some investments that do not pass the C3 ethical screening process but may be recommended elsewhere for their promising financials.

First up let’s talk about what investments have some serious potential right now. Keep in mind that with high reward usually comes high risk.

Ripple (XRP) – This is a Crypto that has exceedingly high risk/reward potential. XRP is currently in a court battle with the SEC over raising capital through an unregistered digital asset securities offering. You can read more about the court case HERE. The announcement of the lawsuit dealt a huge blow to the price and market cap of XRP, but the digital coin has mostly recovered since. The XRP legal team is optimistic that the lawsuit wraps up in their favor by April of this year. XRP is a legitimate Crypto and is primarily used for international money and security transfers between banks and other financial intermediaries. XRP has the same ethical pros and cons as most major crypto players. See C3’s write up on BTC here to get a taste of the morality behind Crypto.

Confluent, Inc. (CFLT) – CFLT is a data company that caters to businesses who are looking for an automated and efficient system to manage information and customer communications. Basically, if a company has both an app and a website, then confluent can help those two different components share information in real time. CFLT is very new since it didn’t become public until June of last year. CFLT has posted some stellar financials that indicate it is positioned for some major growth. Ethically speaking, CFLT is no major offender in terms of corporate dollars being donated to unfavorable causes, but CFLT is in the lucrative yet sketchy business of data mining. No hard lines have been crossed by CFLT regarding the C3 ethical screening process but some people may take issue with the nature of their business.

Coinbase (COIN) – the Crypto wallet company is a favorite of C3’s when it comes to ethics. No Coinbase is not a Christian company by name but its CEO Brian Armstrong has a strong stance on staying out of politics/social issues and focusing on business. This is exactly what C3 wishes more companies would do! As for the financials, COIN has not been immune to the recent market dive but with investors seeing a favorable buy opportunity in the crypto market, the long-term future for COIN could be bright. The skeptics of COIN worry about increased competition from other digital wallet providers and an uncertain regulatory factor. C3 analysts are bullish for the long-term but if you invest into COIN be prepared for a heck of a roller coaster ride.

Matterport (MTTR) – MTTR has been called the gateway to the metaverse. Which means that it has some serious financial potential, and it is something C3 does not feel comfortable investing in. C3 has discussed the ethics behind the Metaverse in the Post. Things tightly linked to the up-and-coming Metaverse will undoubtedly have good ROIs, but virtual reality is just not a space the Christian investors here at C3 are willing to get into.

Corsair Gaming (CRSR) – is a computer hardware company that concentrates on gaming computers. CRSR has only been public since September of 2020 and has had one major up and one major down since. The financials for CRSR are decent but a lot of analysts are bullish on the gaming company because it seems to create some well-designed products. Gaming is not something C3 likes to invest in because of the closeness to the virtual reality play and the lack of authentic social interaction it takes from its users, but this is all admittedly weak arguments. C3 understands where proponents of gaming are coming from when they say things like global interaction and bonding time for parents and their kids who just don’t like sports. These however are also weak arguments. At the end of the day C3 just believes there are other things that can be invested in that are much more clearly for the common good. With all that said, C3 found no corporate dollars from CRSR going to any anti-Christian causes.

Enphase Energy (ENPH) – A Micro Inverter System Company that is a unique business for the Solar powered sector of the clean energy industry. Check out their SITE to see what ENPH has cooking and how they are being innovators in the space. A whopping majority of analysts that C3 follows are currently bullish on ENPH and the price of ENPH is obviously a favorable one given the market conditions. C3 does believe that ENPH could be a good long-term investment and even though C3 tends to believe more in nuclear power than other forms of “clean” energy, C3 has found no true ethical issue with ENPH.

Avalanche (AVAX) – AVAX is the ETH rival that has faster smart contracts and the highest number of validators for its blockchain. AVAX is also more energy efficient and its fast compared to most of its competitors. If all of this sounds like a foreign language, then check out this YouTube video to get a detailed lesson on AVAX and the inner workings of most Cryptocurrencies. AVAX of course is not perfect and has its downsides like no liveness of guarantee when it comes to conflicting contracts. All and all AVAX seems like a good financial and moral investment given it is a more energy efficient crypto that is legitimate in its usefulness. Remember energy consumption is one of the major ethical and general issues with Crypto use.

Okay, lets move int rapid fire mode. The below companies are ones that have a better than average Gross Margin Ratio (Gross Margin = Gross Profit/Total Revenue) which means they are better suited to withstand inflation and rate hikes. If a company has a good Gross Margin percentage than that means they probably have more money on hand after their costs come in to fight off the ills of inflation. It also means that they could keep their prices of products and services the same and still be profitable during a tough inflation period. Good Gross Margin means they can easily turn profits into revenue.

Buckle Inc. (BKE) – A clothing brand that produces some quality products and has no major ethical issues that C3 could find.

Nutrien (NTR) – a Common Good necessity fertilizer company that is based in Canada with no major ethical issues that C3 could find.

Sanderson Farms (SAFM) – A chicken company engaged in production and processing of frozen foods. SAFM is a company that with no major ethical issues according to the current C3 screening practices and they even treat their birds well. All cage-free environments.

Lumentum Holdings (LITE) – A company that works in the optical and photonic products industry. LITE has very few skeptics in the world of stock pickers and receives particularly good ratings from third party ethical screeners that are not all about ESG.

Saia Inc. (SAIA) – At C3 we love the transportation industry because they keep the world moving and SAIA is one of the best in the business at getting the job done, but one of the reasons SAIA may be a good financial option is because they are one of the closest to implementing self-driving trucks. This is an ethical issue that C3 and its partners have not had the time to flush out yet. Send us an email (support@christcenteredcapital.com) if you would like a post done on the automation of the clue collar work force.

Texas Capital Bank (TCBI) – Let’s be frank higher rates hurt growth stocks, but bank stocks see profits surge because borrowing begins to be lucrative for banks since they make their money off interest in the premiums. TCBI is one of the most palpable banks out there for Christian investors.

ONE QUICK NOTE…Tyson Foods, Inc (TSN) – LGBTQ Legislation – TSN used to a be a Christian company and it still operates with some Christian elements (It has pastors come into the workplace for employees who want spiritual guidance). However, TSN cannot be recommended by C3 given their support of the Equality act. TSN does have promising financials that could be a good investment for the continued inflation the market is experiencing and TSN used to be a recommendation by C3 when C3 first launched but lines in the sand have been drawn and TSN has crossed one of those lines. Hormel and Flower Foods are good alternatives to TSN if you still want to add a food manufacturer to your portfolio.

ONE MORE QUICK NOTE…people who use alternative investments in addition to stocks and bonds have made more money and experienced less realized risk than those investors who only engage in traditional investments. So, if you haven’t added some crypto, real estate, art or other form of alternative investment to your portfolio then you are probably missing out on higher returns and experiencing more realized risk.