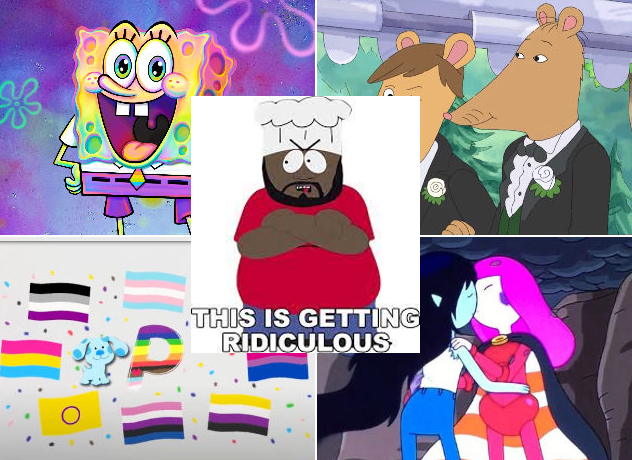 LGBTQ+…LMNOP…Alphabet people are casting a wide net in terms of who supports their ideology and proposed legislation. Just look at the example below…

The Business Coalition for the Equality Act is a group of leading U.S. employers
that support the Equality Act, which would finally guarantee explicit, permanent protections
for lesbian, gay, bisexual and transgender people under our existing civil rights laws.
Launched in March 2016, the 497 member companies of HRC’s Business Coalition for the
Equality Act have operations in all 50 states, headquarters spanning 33 states and a
combined $7.2 trillion in revenue, and employ over 15.2 million people in the United States.

A link to the downloadable version of The Business Coalition for the Equality Act is HERE.

We know that LGBTQ propaganda has been pushed on us at every turn and even the cartoons are kids watch have been aggressively pushing an LGBTQ agenda. The question is, how do we fight back and protect our children and ourselves from being drowned in sexual perversion? C3 thinks a good place to start is to stop investing in these companies. This solution is simply said, but hard to make a reality given the number of passive/ignorant investors that exist today coupled with the ever-growing number of companies and institutions that cave to the pressures of the Woke mob.

C3 believes that all human beings are beloved children of God and should be treated with respect and dignity. C3 also believes that the ideology force onto society by the loud fraction of the LGBTQ+ community is depraved and detrimental to society as a whole and on the individual level.