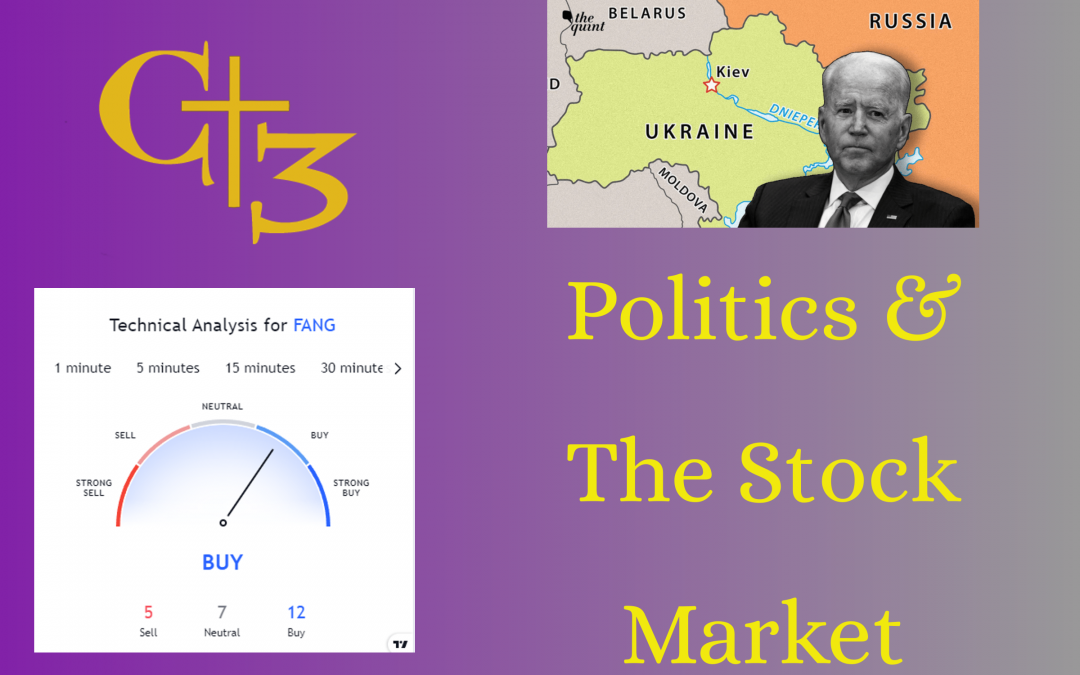 The Market is INSANE right now because of so many reasons but the two most prominent reasons are the Russia-Ukraine war and Inflation/Fed Rate Hike.

If I may pontificate politically for just a moment…Putin is a megalomaniac and an obviously evil person, but he is intelligent and that needs to be considered when dealing with him. He has been planning this war for a long time and he knew that Russia would get hit hard with sanctions by the west. This is why he has built up a $650 Billion Dollar War Chest that is not heavily based in USD. For foreign countries not to have a big portion of their savings in USD is rare given that the USD is largely considered the Global Standard. Putin, knowing he would be cut off from the West has spent years making sure Russia’s crops could feed its population, building up a strong cyber security network, and a natural resource (Energy) reserve.

All of this coupled with the fact that the EU is dependent on Russia for Energy has given Putin power and independence that he is using to his advantage in this War. Think about this for a moment…Germany used to have 17 Nuclear Power Plants and now has only 3 that are scheduled to be shut down by the end of the year. Why shutdown the best way to clean energy that Germany has that could also reduce dependence on Russia? Our best guess, Stupidity.

If we, The West, want to really hurt Putin, we need to become energy independent. The best way to do that in the short-term is open US Pipelines and Oil Reserves. Long-term fix = heavily invest into Nuclear Power. If you need some convincing on Nuclear Power being safe and clean, then check out the below videos

Okay, thanks for humoring my political commentary, I’m done…for now.

The Oracle of Omaha says to never hold money during a war and with crazy inflation and the risk of stagflation, sitting on money would just be losing purchasing power by the day.

C3 has been monitoring the market heavily for the past few weeks and below is a list of stocks that have been consistently popping up on our radar. C3 put all these assets through our ethical screening process and the results are below.