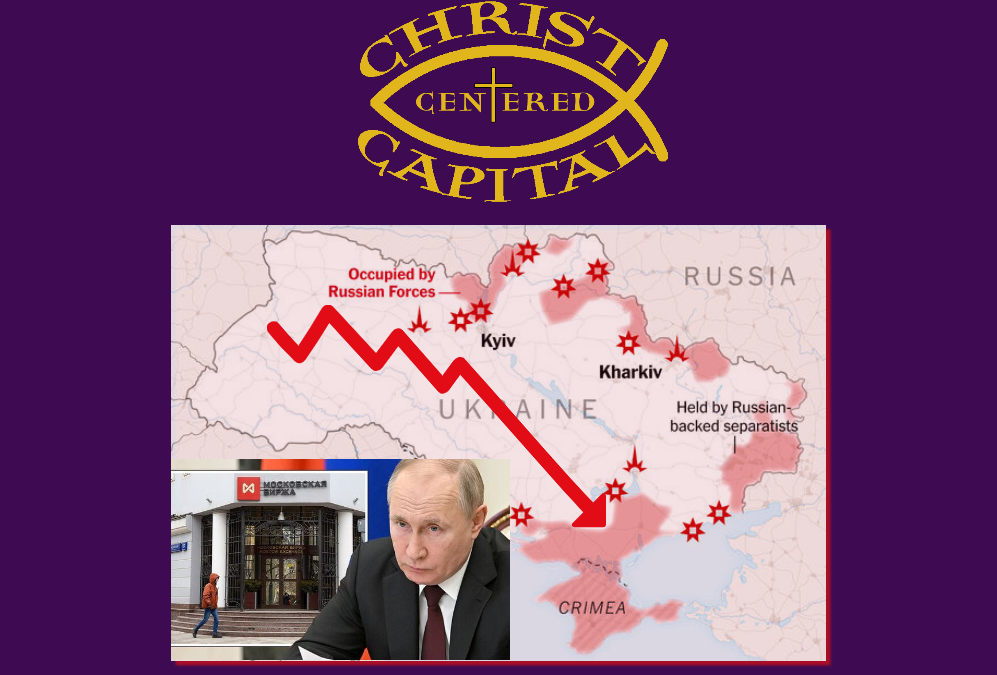 BTC rallied over 15% in one day (2/28-3/1). Great technical analysis on BTC in this VIDEO by DataDash. Previous selloffs of BTC hit lower points in past selloffs and this coupled with a speedier recovery could mean good things for BTC’s future.

The US released a little less than 50 million barrels of oil from the strategic reserve to help ring down costs. China, India, and the UK are helping with this initiative. It is all in efforts to keep Oil prices down and not let them get to predicted highs of $130/barrel.

FTX founder Sam Bankman-Fried echoed what C3 has said in the past…Computer Algorithm based investors have a heavy influence in on the market and these algorithms are both good and bad. When the market is “quiet” they are good at what they do but when the market starts getting affected by unique outside forces like a war in Ukraine, these algorithms tend to cause panic and react erratically. This is one of the reasons why Tech Stocks and Cryptos have been on such a wild ride as of late.

Wells Fargo made headlines last week telling investors ‘Not to buy the dip.’ This recommendation by WF is based on uncertainty with the war and Inflation. Basically, WF strategist thinks the market could potentially dip even lower. Though many top analysts (Seeking Alpha, Morning star, and others) have said that this is just fear that is not based on historical evidence. The US has limited ties to Russia economically and past dips that are comparable to the one going on right now have seen relatively quick recoveries.

Of course, he Russia-Ukraine War affects the EU greatly and the US is heavily connected economically to the EU. So, yes indirect risk does exist. Europe is definitely in danger of facing a recession.

One thing to keep in mind that C3 keeps reiterating is that the market acts worse during the lead up to a war than it does during an actual war. This is most likely because knowing bad news is better than not knowing the news.

If rate hikes go as planned later this month, mega-cap growth and tech stocks will probably be hit the hardest.

Fun Fact: about 80% of the time, you sell or buy as an individual investor you are selling to and buying from Market Makers (AKA Major institutions and the ultra-wealthy).

No one can truly predict the market and the best way to combat volatile times is to DCA your way into solid companies that are not high risk. The problem for the Christian investor is coming across solid financial companies who are also solid in their moral underpinnings is a tough thing to do.

Russia and Ukraine failed to reach a halt in the war during the first rounds of peace talks.

Russia’s financial systems are getting destroyed by numerous countries applying financial sanctions on Russia, but this does not seem to have any affect on Putin and his military operations. This may be because no sanctions have been put on Russia’s biggest sources of revenue (Oil & Gas). The Ruble and the Russia Stock market plummeted by 30% on 2/28/22.

Some Russian banks have officially been kicked out of

Offshore wind farms are all the rage, and the US is getting in on the action off the coast of New York and New Jersey. $4.37 Billion dollars were sunk into offshore wind production rights by join venture operations (Shell, RWE, National Grid).

Whole Foods opens its first cashier free store thanks to a partnership wit Amazon. Customers just scan their hands or a QR code to charge the groceries to their amazon accounts. This tore is in DC.

Next, let’s talk about what stocks were popping up on the C3 radar this week.

The New York Times (NYT) – This digital subscription newspaper was one of the first to see the future and launch a successful digital news outlet that was subscription based. Since its launch, the digital news subscription model has seen annual rates of growth of around 30%. People are scared of fake news on both sides of the political aisle and “trusted” names like the NYT are what people have been flocking to. Now it may surprise the C3 reader to learn that the NYT did not turn up any red flags in our ethical screening process, but this is because they keep what they do with their corporate charitable donations pretty quiet. No red flags mean no direct funding to LGBT legislation, Abortion advocacy or anything of that nature however, as the more veracious news consumer may point out, the NYT is a very left leaning and therefore an anti-Christian paper. From the backlash over conservative reporting by Bari Weis to the fact that the NYT has not endorsed a conservative candidate for president since 1956 the NYT has given us multiple examples of how they are opposed to Christian/Conservative values. Take for example this Op-ed that is very Pro-Abortion. The bias from the NYT is detailed HERE.

Adobe (ADBE) – LGBT Legislation & Philanthropy. Adobe is one of those safer stocks and it keeps popping up on the C3 radar because of the solid financials it boasts, but Adobe has never been able to pass the C3 screening process. This past writeup by C3 on Adobe is just as relevant as today.

Salesforce.com (CRM) – Abortion Legislation, LGBT Legislation – CRM is another company that keeps popping up on the C3 radar because so many analysts love what it has been doing from a financial perspective, but as C3 has stated in the past, CRM is just not a Christian friendly investment.

Walmart (WMT) – Abortion Philanthropy, LGBT Legislation & Promotion – A good dividend stock that beat outs its earnings predictions in recent reporting. Stocks that achieve higher than predicted earnings and pay a decent dividend are the ones that will beat inflation and rate hikes. Plus, if we do have a crash then consumer staples are the stocks that are affected the least. WMT ones a lot of good in the world through their charitable donations and what they provide to consumers at cheap prices but some of their activism should not e overlooked. WM is one of those companies that failed the C3 screening process, but C3 is sympathetic to those who would argue for investing in WMT.

Nvidia (NVDA) Purple/Red since they technically pass the C3 screening process. – A company that is involved with the Metaverse heavily, but a company that has not turned up any major red flags in the C3 screening process. NVDA could be an option for the Christian investor who is looking for a sound long term asset to add to a diverse portfolio. C3 likes to stay away from Metaverse heavy stocks but NVDA is probably the best of the worst in this category.

A SML Holding (ASML) – A semiconductor company that a lot of analysts seem to like. Across multiple platforms it boosts a 70% or higher buy rating from influencers and it is said that ASML plays crucial role in the photolithography which is a key part of chip manufacturing. ASML does not tur up any red flags in the C3 screening process and they help produce something that jus about everyone relies on.