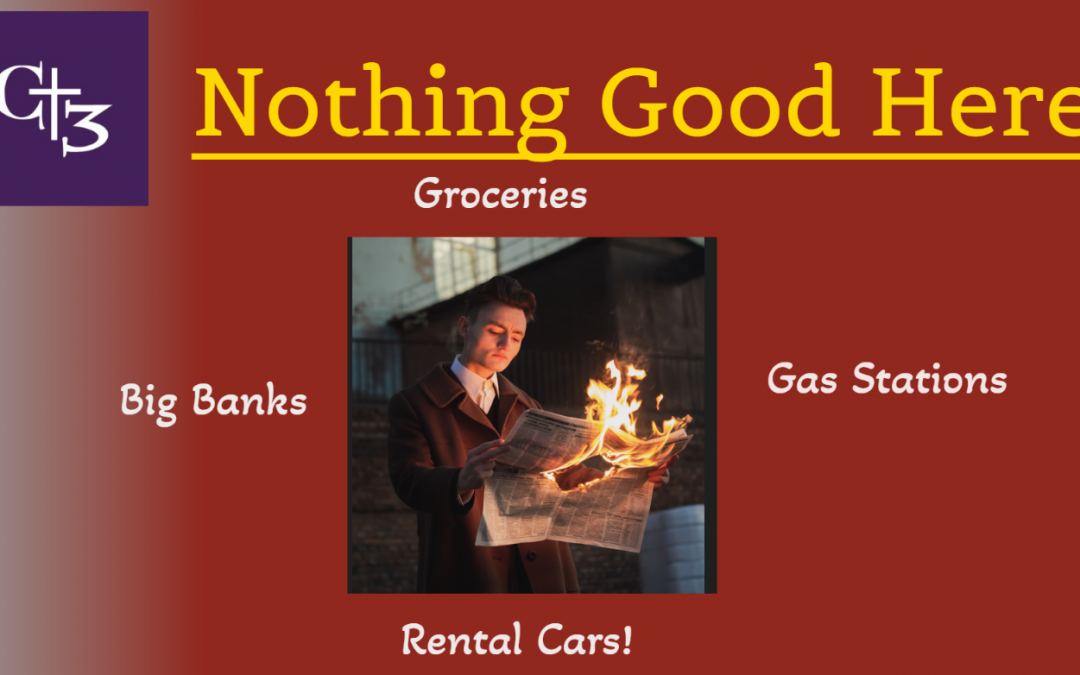 Last week we had a rare report that highlighted a lot of good moral companies that the market was highlighting and this week we have the opposite. All three companies that made it into the curation report this week failed C3’s screening processes miserably. However, we do highlight two assets at the bottom that passed even though they are not being recommended right now at the rate we typically prefer.

Quick Note: when a company fails C3’s moral screening process we prefer not to talk too much about the asset’s financial potential. This is because we do not want to tempt the reader to invest in a morally questionable asset.

XOM is a gas GIANT that recently got into the Bitcoin mining business. If you have been paying attention to the market and C3 over the past few weeks, you are probably seeing a trend of gas/oil related companies and news making it into C3 content. This is of course because Russia will be shutting down one of its major pipelines, the Gazprom, to increase pressure on Germany and the west.

C3 has had a few Gas related companies pass our screening process, but XOM is not one of them. Too much LGBT and Abortion philanthropy for our liking and some questionable overseas practices that we do not feel comfortable getting into the weeds on given the lack of information obtained.

If your memory is decent, you will remember that COST made it into our report just a few weeks ago. We do not like to keep hitting the same assets over and over again, but we can only take what the market gives us.

Costco, Sam’s Club and BJ’s are the big box stores that are starting to really dominate the grocery business as of late. This is all because of inflation. Families are trying to buy in bulk to save the pain their wallet will experience at the checkout counter. Costco and Sam’s Club are always competing, and many prefer Costco because of the meat selection, but neither COST nor Walmart (The owner of Sam’s Club) have been able to pass the C3 screening process due to the links above. It’s a shame to because the business model we do believe is for the common good, providing cheaper high-quality food for the masses.

Please keep in mind that spending and investing are different. Spending carries less moral weight than investing does. Investing is what you do with your excess and that always counts for more. Just because Costco did not pass C3’s moral screening process regarding an investment does not mean that C3 thinks it is wrong to buy milk and eggs from Costco. That is not our purpose.

Wells Fargo and Bank of America are two of the worst banks out there when it comes to being woke and opposing Christian Morality. Donations to Abortion providers and the support of radical LGBT initiatives are just the start. WFC also has practiced predatory lending and engaged in some questionable financial practices in the past.

The two below assets have received positive ratings from C3 but they did not meet the market consensus requirements we hold for our assets. However, we wanted to include them here so you could do your own research and possibly make the decision to include them in your portfolio.

Ethereum (ETH) – ETH is going to get big news in September whether they like it or not. This news could be good, or it could be bad/ This is because ETH is transferring from PoW system to a PoS system which will make ETH consume over 99% less energy than it currently does. The hope in the Crypto world is that this play will spark a big jump in ETH price. If it falls flat than all of Crypto could be in for a cold winter.

Avis Budget Car (CAR) – Entities like Zacks stock picking had recommended CAR and CAR has some strong buy recommendations from various places but it is also being shorted quite a bit by institutional investors. C3 is not overly confident on the financial of CAR but we see the potential given the chip shortage and the price of cars especially used cars right now. Either way CAR is one asset that gets a positive moral score from C3.

Please remember to spend time in prayer with our Lord and Savior Jesus Christ before making any major financial decisions. Speaking with friends and family is always great too.