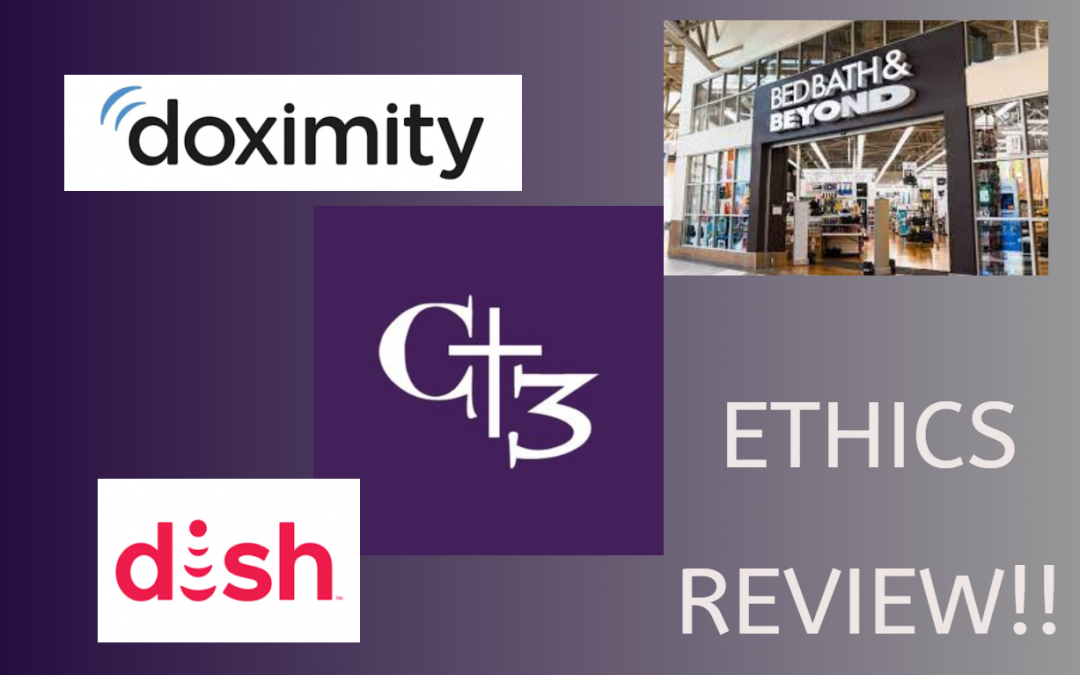 Bed, Bath & Beyond Inc.  (BBBY) – Donors to the NAACP (A Pro-Abortion and pro-common core education Organization), Cut ties with MyPillow because of CEO Mike Lindell’s conservative views. BBBY is actually ranked positively by some BRI firms, but the donations to the NAACP and the outspokenness against conservative/Christian values is too much for C3 to stomach. BBBY is getting positive buy ratings from the market right now because of how poorly BBBY has done. They are currently in the position of rock bottom. And when you hit rock bottom the only way to go is up or explode completely. Given that BBBY still has a loyal customer following and good market share, it is somewhat safe to assume that BBBY will go up rather than implode.

Dish Network Corp – Class A (DISH) – Pornographic content Production/Distribution, Partners of Girls inc. (A Pro-Abortion Organization). DISH is being recommended by major market influencers right now because it is extremely undervalued. Target price for DISH stock is said to be in the low $40 range but it is still hovering below $20.  With DISH having a great valuation and being an established player, it has analyst’s hopeful for DISH stock to pay off in the long-term.

Doximity inc – Class A (DOCS) – A somewhat new Health care focused organization that is tough to pin down from a moral perspective, as all “health care” organizations are. DOCS is an online platform for medical professionals. It is essentially [LinkedIn for Doctors + Virtual Visits for Patients + Latest Medical Education]. It has about 80% of US physicians on its cloud-based platform already and it has been able get 90% of new doctors to sign up with in the last year. DOCS has only been publicly traded for a year and its stock price has been on a wild ride ($100 highs and $20 lows). However, given its ability to get the vast majority of medical professionals to sign up and use its software analysts have given it a favorable buy rating across major financial platforms.  It is too early to tell if they will be right since DOCS has not been in existence long enough to get a tested and true valuation. C3 feels comfortable from a moral perspective recommending DOCS because of the potential increase in quality of health care it can provide. Yet, we remain skeptical of how DOCS will interact with the woke mind virus that has infected much of the US Health care sector.

Remember to always be an active investor (Participate in shareholder meetings and make your voice heard) and due your own due diligence whenever possible. That is for both the financial and moral aspects of investing. Investing in of itself is not sinful, but passively investing just for profits will never be virtuous in the Christs Kingdom.  And of course, spend time in prayer with Our Lord Jesus Christ and speak with friends and family before making any major financial decisions.

Below is a very interesting video on the current bearish predictions of Dr. Michael Burry (The guy who predicted the Housing crash of 2008 two years before it happened).